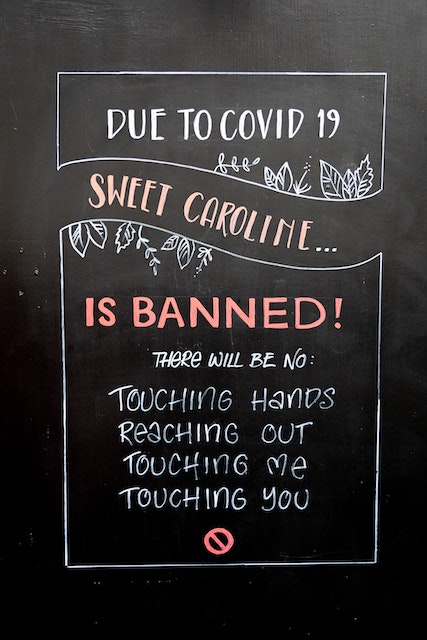 Photo by Nick Fewings on Unsplash

Hi SEers. John is with you today. On the third of December, I wrote about different kinds of humor. You can go HERE if you want to read the post. I ended with the idea that I would try to find some examples of the humor listed. Well, I did find some but not all. Since I’m back on the job on January 4th, I’ll try to find more. Let’s go to four from the list of nine. I listed the item as described in my other post, so some examples may be contrary to what I originally wrote. Okay, with that disclaimer, here goes.

Surreal/Satire humor– Using humor to make a broader statement unrelated to real-world actions. Monte Python used this form almost exclusively. Regarding use in writing, I think it would be hard to do surreal humor in a book without sounding silly. Therefore, this humor type may be only suitable for movies.

I found one famous example of surrealism in literature: A Modest Proposal by Jonathan Swift. In this essay, Swift pretends to propose that people should eat children to take care of the hunger problem and overpopulation at the same time: Swift says, “I have been assured by a very knowing American of my acquaintance in London that a young, healthy child well nursed is at a year old a most delicious, nourishing, and wholesome food, whether stewed, roasted, baked, or boiled; and I make no doubt that it will equally serve in a fricassee or a ragout.”

Observational humor, also called situational humor– Being able to take everyday life and highlight humorous aspects. Most TV sitcoms use this type of humor. In writing, the best use is usually in scenes of dialogue back and forth but works in narration too.

A situation can be downright hilarious when it’s adequately described. The situation, whether real or imaginary, is just funny. Throughout literature, there are many examples of observational humor that leave readers laughing. Often observational humor is based on perspective, as in this example from The Accidental Tourist by Anne Tyler: “Ever consider what pets must think of us? I mean, here we come back from a grocery store with the most amazing haul – chicken, pork, half a cow. They must think we’re the greatest hunters on earth!”

Jerry speaking. “According to most studies, people’s number one fear is public speaking. Number two is death. Death is number two. Does that sound right? This means to the average person, if you go to a funeral, you’re better off in the casket than doing the eulogy.”

How about an observational joke from an unknown source.

It’s the World Cup Final, and a man makes his way to his seat next to the pitch. He sits down, noticing that the seat next to him is empty. He leans over and asks his neighbor if someone will be sitting there. ‘No,’ says the neighbor. ‘The seat is empty.’ ‘This is incredible,’ said the man. ‘Who in their right mind would have a seat like this for the Final and not use it?’ The neighbor says, ‘Well, actually, the seat belongs to me. I was supposed to come with my wife, but she passed away. This is the first World Cup Final we haven’t been to together since we got married.’ ‘Oh, I’m so sorry to hear that. That’s terrible….But couldn’t you find someone else, a friend, relative, or even a neighbor, to take her seat?’ The man shakes his head. ‘No,’ he says. ‘They’re all at the funeral.’

Bodily humor– This is the one favored by kids. It is a matter of using bodily function as the point of humor. In writing, narration is the best use, but the overall effect benefits from dialogue.

I found a reference in the publication The Conversation in an article written by James Spiegel, Professor of Philosophy & Religion at Taylor University. I quote Professor Spiegel.

“Fart jokes have also found their way into some of the classics of Western literature. One of the most well-known appears in Chaucer’s Canterbury Tales. In the Miller’s Tale, Nicholas and Absalom are vying for the same girl, and Nicholas decides to humiliate his rival. So he waits at the window for Absalom to beckon the girl. And just when he does, Nicholas’ rear protrudes to ‘let fly a fart with a noise as great as a clap of thunder, so that Absalom was almost overcome by the force of it'”

Dark humor – A humorous spin on an unappealing or depressing subject. Writing dark humor can be done in dialogue and narration.

As highlighted by Emma Baldwin, “Black Humor,” Poem Analysis, 12 January 2021, https://poemanalysis.com/literary-device/black-humor/. “Catch-22 is the source of numerous examples of gallows humor, or black humor. Take a look at this quote from Catch-22 in which John Yossarian is speaking. He says: “Insanity is contagious. This is the only sane ward in the whole hospital. Everybody is crazy but us. This is probably the only sane ward in the whole world, for that matter.” In these lines, Yossarian is speaking to Chaplain Tappman. he’s explaining the insanity of the hospital and, in effect, the insanity of the war that put them all there. The theme of “insanity” is one of the more present in the various chapters of Catch-22.

Another good example comes from Chapter 22 and an exchange held between Yossarian and Clevinger. Here is the exchange of dialogue:

“They’re trying to kill me,” Yossarian told him calmly.

No one’s trying to kill you,” Clevinger cried.

Then why are they shooting at me?” Yossarian asked.

They’re shooting at everyone,” Clevinger answered. “They’re trying to kill everyone.”

And what difference does that make?”

How about you? Do you know of any references to these four types of humor in a book you have read? If not,  a comment about humor would be good as well. Let us know your thoughts in the comments.

64 thoughts on “More Humor Discussion with Some Examples”