Good Morning from way down here in Florida, everyone! Marcia here, and I hope today finds you in good health, happy spirits, and ready to take a look at some words frequently spelled or used incorrectly. Today, I have several easy homophones to share. These words sound exactly alike, but are each spelled differently and have very different meanings.

Most of you will be familiar with all six definitions, but will want to be extra careful with your spellings, lest you confuse the heck outta your readers. 🙂

Let’s start with the easiest pair, though I see these used incorrectly more than you’d expect. There are actually 3 of these homophones, but since I’m pretty sure most if not all of you know how to use “rain” correctly, I’m going straight to the two that are often used erroneously.  Rein and reign.  They do not mean the same thing at all, and just to be clear, here are the definitions and examples for each.

REIN:
Noun (Plural: reins) – A long, narrow strap attached at one end to a horse’s bit, typically used in pairs to guide or check a horse while riding or driving.

Verb (3rd person present: reins) – To check or guide (a horse) by pulling on its reins.

Example: He reins in his horse and waits for her to come alongside and do the same. 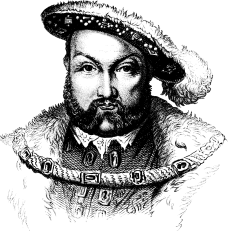 REIGN:
Noun (Plural: reigns) –  The period during which a sovereign rules.

Example: The original chapel was built in the reign of Henry VIII.

So please,  no more pulling on the reigns. It might irritate the reigning monarch, but it will never slow down your horse.

Now, let’s take a look at four more homophones that frequently cause problems: metal, mettle, medal, and meddle. If you’re already solid on these, consider this just a reminder to proofread very carefully to be sure your fingers listened to your brain when it was telling them what to type. Spelling becomes even more of an issue if you’re one who does a lot of writing via dictation. Remember, Spellcheck is NOT your friend where these words are concerned. So here goes:

METAL:
Noun – A solid material that is typically hard, shiny, malleable, fusible, and ductile, with good electrical and thermal conductivity (e.g., iron, gold, silver, copper, and aluminum, and alloys such as brass and steel). Also (less common): Broken stone for use in making roads. 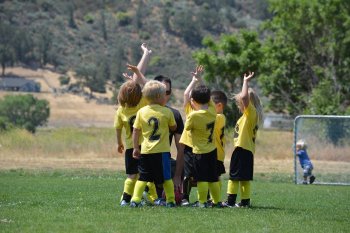 METTLE:
Noun – A person’s ability to cope well with difficulties or to face a demanding situation in a spirited and resilient way. Courage.

Example: The team showed their true mettle in the second half, and went on to win the praise and admiration of their entire kindergarten class. 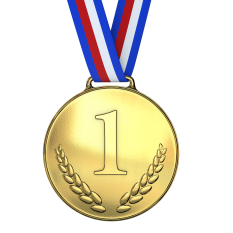 MEDAL:
Noun –  A metal disk with an inscription or design, made to commemorate an event or awarded as a distinction to someone such as a soldier, athlete, or scholar.
Verb –  To earn a medal, especially in an athletic contest.

Example: The visiting team of athletes medaled in 12 of the 14 events, but the home team–never known for being gracious losers–swore they wuz robbed, and vowed to get even next time. 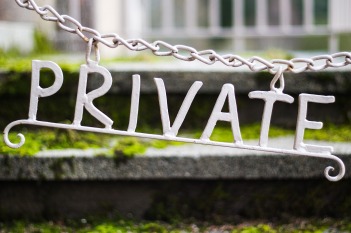 MEDDLE:
Verb –  To interfere in or busy oneself unduly with something that is not one’s concern.

EXAMPLE: This is an extremely private matter, dear. I do not wish to have anyone coming around to meddle in our affairs. Therefore, bar the gate, hang out the No Entry sign, and pretend we’ve left the country.

Use all four words correctly in one sentence. Here’s mine:

Can a knight of true mettle,
Clad in bright, shining metal,
Win a glorious golden medal,
Yet curb his rude desire to meddle,
Where he knows he doesn’t belong?
~~~

(Yeah, I know it’s a groaner. But technically, it works. )

And that’s it for today, folks. Hope this post will remind you to check your spelling very carefully. Even if you know the difference in the meanings of these words, if you type one wrong, your readers will think you don’t. 😯

Now, who is up for the challenge above? Show us what you come up with, because as always, inquiring minds wanna know–or see–these things! 😀

Thanks for stopping by today and I hope you’ll stay tuned for more of our regular Monday, Wednesday, and Friday posts here on Story Empire. Lots coming up in the days head, and I know you don’t want to miss out.

Meanwhile, I hope you’ll go forth to write with happy hearts, because happy hearts will help you through the tough times and make your stories all the better. (That’s MY story, an’ I’m stickin’ to it!)

(All images above were created by me or obtained from Pixabay.)