Hey, SE Readers. Joan with you on this Friday in May. Can you believe it’s the middle of the month already? 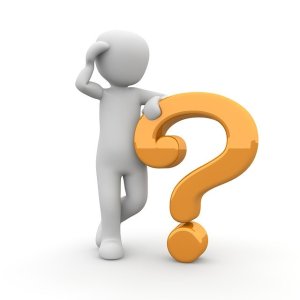 My last few posts have been more on the “how to” level. Today I thought I would write something a little lighthearted, although the subject has become controversial among many writers.

I’ll be the first to admit I’m not the best at punctuation. For instance, those pesky little commas often get the better of me. It’s been a long time since I was in school, and English wasn’t my favorite subject. Do I always insert a comma before a conjunction? Or only when each part can be stand-alone sentences? Not to mention all the other rules that come with its usage.

But there is one thing I’m staunch about the use of, and that is the Oxford (or serial) comma. Consider the following:

Can you see the difference? One small comma changes the meaning of the sentence. If you don’t get it, I’ll just say Sean Lennon is the only one who would be accurate in using the second sentence.

Ask a dozen different writers, and you’re likely to hear strong opinions for both sides. Many writers are adamant about the use of the serial comma, while others don’t see the need. Even style manuals disagree. The Chicago Manual of Style recommends using it while AP Style (the manual most often used by newspapers and magazines) does not.

This came from a newspaper article written several years ago:

Was Merle Haggard married to Kris and Robert? No, but the way the sentence is written makes it appear he was. Maybe newspaper reporters should reconsider which style manual they use.

Do you know of any orphans living in a country named Instagram?

While the examples I gave are humorous, there is no real harm done. However, a Portland Maine company wishes someone had used the Oxford comma in a legal document. Drivers for Oakhurst Dairy filed a $10 million lawsuit regarding overtime pay.

The suit concerned an exemption from Maine’s overtime law that states it doesn’t apply to “canning, processing, preserving, freezing, drying, marketing, storing, packing for shipment or distribution of” foods.

Notice there is no comma in the section, “packing for shipment or distribution of foods.” Drivers said the words referred to the activity of packing and shipping, but they don’t do any packing.

An appeals court upheld the suit, and Oakhurst eventually settled out of court for $5 million. A rather costly oversight of the use of one small comma.

Do you use the Oxford comma in your writing? What are your thoughts on its use? Please share in the comments.

63 thoughts on “To Oxford or Not to Oxford?”