Hi, Folks! Marcia here, checking in from way down south in central Florida. Hope you’ve all been having a great week, so far.

Since this is my first “official” post as a new member of the Story Empire family, I thought I’d start off with something quick and easy–a short post in my ever-growing series, Why Write Wrong?  I don’t know about you guys, but I really hate being pulled out of a story I’m enjoying by things that probably should have been caught during proofreading or editing. Now that’s not to say that nothing ever gets by me during the writing and publishing process. It does. It  can happen to all of us, including some of the biggest names out there. But that doesn’t mean we should become complacent about this stuff. Nope. Instead, I believe we should be working constantly to improve, and that includes paying attention to details in order to become the best we can be.

With that in mind, this series is designed to focus on various words and phrases I’ve seen misused way more often than they should be. In particular, I’m thinking of those times when we use one word, but actually mean another, and I will be offering specific examples each time I post a new episode of Why Write Wrong? My goal is to present these in a way that’s fun and and easy to remember, so let’s give it a go.

Today, I want to focus on three words I see misused surprisingly often: peek, peak, and pique. These words are not interchangeable, though believe it or not, I have recently seen all three misused in a series I’ve been reading, and more than once, at that. Let’s take a look at them.

Peek, peak, and pique are homophones, pronounced exactly the same way, but in this case, spelled differently, and they definitely having very different meanings. 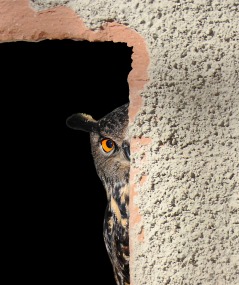 Peek means to take a quick look at something, perhaps in a sneaky manner. He peeked at the answers to his homework assignment. If what you want to say deals with the way your character is looking at something,  choose the word PEEK.

Peak is normally used to reference the summit or highest point of something. The peak of the mountain rose beyond the forest. Or perhaps: She mounded the whipped cream on the pie in fluffy peaks. It can also work for a summit a bit less tangible, such as: The child actor’s popularity peaked when she was a mere eight years of age.

If what you need to say deals with a high point or summit, you’ll want to use PEAK.

Pique is definitely misused more often than the other two. Pique is a state of irritation or resentment. Her spiteful tone left him in a fit of pique. It can also be used to indicate the rousing of curiosity.  His curiosity was piqued by the mysterious letter. So this one deals with emotions, and has nothing to do with peeking through a crack in the door, or climbing to the peak of the jungle gym. If you are describing  an irritated character in an angry snit, or one whose curiosity has been aroused, choose PIQUE.

Now, have I piqued your curiosity enough for you to wonder if your blinds are pulled, so no one can peek in your windows and discover you’re the annoying neighbor playing your music at peak volume? (Okay, even I’m groaning at this one, but you get my drift.)

I hope this helps clear up any confusion about these three homophones. Errors with the first two are usually just typos, but that third one gives many people trouble. Ever get stuck on it, yourself? Inquiring minds wanna know.

When I return, I’ll have something completely different up my sleeve, but you can bet I’ll share more Why Write Wrong? posts down the road a piece, as we say in these parts. Thanks for joining me today, and I hope you’ll stop by often to see what the rest of the gang is discussing! Now let’s all go forth and write with happy hearts, those being the very best kind!

DISCLAIMER:
I am not an English teacher, grammarian, or expert on all matters of this nature,
but I promise I have consulted with those who are before posting anything in this series.
(All images above were created by me or obtained from Pixabay.)