Hey SE Readers. Joan with you today. It’s time for another writing question. 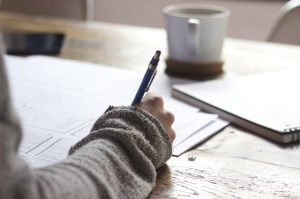 Yet other times, a person may have made negative remarks that we took to heart. Encouraging words can go a long way. Discouragement, if not overcome, lasts a lifetime.

For example, one of my best friends changed her college major because of negative remarks made by a professor. This “teacher” had the audacity to call my friend’s writing worthless in front of the entire class. “Ann” left that day with her tail tucked between her legs and changed to her major to math.

But the desire to write never left her. Years later, she began writing again.  She didn’t give up. Finally came the day came when a nationally published magazine accepted one of her stories for publication. It took a while, but she did not allow that teacher’s snide remarks to get her down. (I think I would have mailed an autographed copy of the magazine to the teacher, but my friend isn’t that kind of person.)

This brings me to today’s question:

Who has had the biggest influence on your life as a writer?

It can be someone who has encouraged you, but it can also be the person who was discouraging.

You don’t have to give names, but please share your thoughts.

39 thoughts on “Friday Writing Question: Who?”