Hey to all the Story Empire readers and welcome to our latest Friday post. Today, I’m combining a couple of the features we run on Friday’s for a heaping helping of books. We don’t normally do much to toot our horns about our books on this site, but I wanted to make everyone aware of some new releases both recent and upcoming from our group. Please take a look and share the post or the individual titles as you like and feel free to leave comments with your reactions.

First up is Joan Hall. She released a book in May, the third in her Driscoll Lake series entitled, Unclear Purposes. Here’s the blurb: 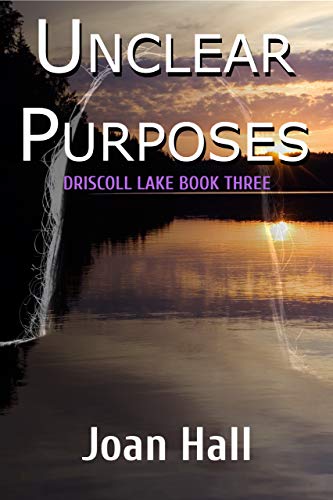 Three years after her husband’s murder, Christine Lawrence still struggles for balance. She has a rewarding career and a close circle of friends but feels oddly unfulfilled. Worse, the close relationship she once had with her teenage daughter has grown increasingly strained.

Former FBI agent, Vince Green, is battling demons of his own—painful secrets that drove him from Driscoll Lake. Newly resettled in the small town, he makes his living as a private investigator.

When Vince and Christine cross paths, stumbling over the body of a murder victim, he’s forced to confront memories he thought long buried. The circumstances surrounding the killing are eerily similar to a victim from his past.

As the body count continues to rise, Christine finds herself drawn to Vince. With a murderer stalking the streets of Driscoll Lake, neither is aware the killer has targeted her as the next victim—or that Vince’s past is key to unmasking a disturbed and deadly killer.

Find it on Amazon in ebook and paperback.

Next, our very own Staci Troilo has published not one, but two books writing at D. L. Cross with her Astral Conspiracy series of Invasion Universe. Let’s start with the free, short book to whet your appetite (sorry about the cliche, Joan), The Scout: Dark Crossings. Here’s the blurb: 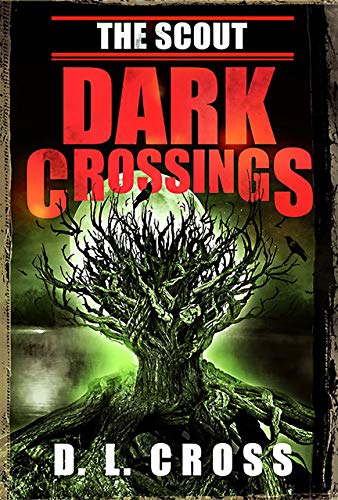 The aliens have landed. The humans are panicking. The scouts have been sent.

J’s mission is clear — find an alien outpost, observe, report back. Simple enough. It’s what he’s trained to do. But he’s always worked with his team, never as a party of one. Now he’s been sent out alone to blindly navigate a dense, dark forest until he finds his target. The dynamics are foreign to him, the stakes never higher. Resources are scarce. Comms are down.

And he’s found the enemy.

J is shocked when everyone’s true allegiances are revealed. And the consequences of betrayal will be deadly.

A short story set in the bestselling Invasion Universe, “The Scout” by D.L. Cross will have you hungering for more. Pick up your copy today!

Find this one on Amazon  – a fast, good read!

Next up, is the full novel in the series, The Gate. Read more about it below: 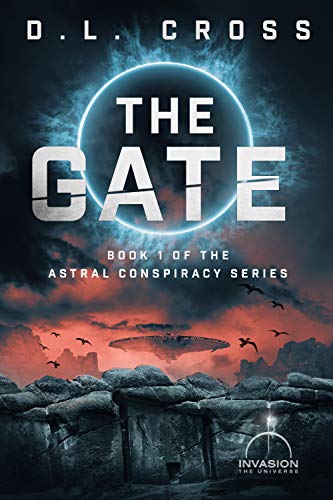 He lost his job. He lost his girl. Now it’s all he can do not to lose his life.

Landon Thorne is a disgraced archaeologist, a laughing stock in his field because of his unconventional beliefs – he’s an ancient astronaut theorist. No one takes him seriously.

Until an alien armada targets Earth.

Now Landon’s in high demand – by the US government and someone far more sinister.

They race across two continents to the Gate of the Gods, the one place on Earth that might give humans an advantage over the aliens. But no one is prepared for what they’ll find.

And not everyone will make it out alive.

Fans of action, intrigue, and aliens will love The Gate, the first book in the Astral Conspiracy series. Pick up your copy now!

This one is also available on Amazon.

Next, we shift over but not genres entirely as we stick with a Science Fiction that’s also a post-apocalyptic tale by Harmony Kent titled, Fallout: 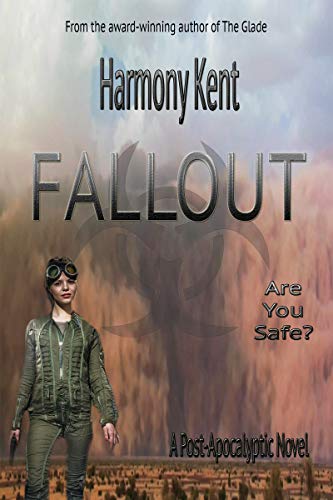 WHEN EVERYTHING FALLS APART, WHAT CAN YOU DO?

The location is Exxon 1, part of a six-planet system in settled space.

Determined to avoid the mistakes of old Earth, the surviving humans avoided democracy and opted, instead, for a non-elective totalitarian system.

A crazy, despotic president releases a nano-virus on the population.

No one was ready for the fallout. It came anyway.

In this post-apocalyptic world, can you stay safe?

Fallout arrives this month on the 25th, pre-order it on Amazon.

The old house near Hode’s Hill, Pennsylvania is a place for Madison Hewitt to start over—to put the trauma of her husband’s murder, and her subsequent breakdown, behind her. She isn’t bothered by a burial plot on the property, or the mysterious, sealed cistern in the basement. Not at first. Even the presence of cold spots and strange odors could be fabrications of her still troubled mind. But how to explain her slashed tires, or the ominous messages that grow ever more threatening?

Convinced the answer lies in the past, Madison delves into the history of the home’s original owners, only to discover the origin of a powerful evil. An entity that may be connected to a series of gruesome attacks that have left police baffled. No matter where she turns—past or present—terror lingers just a step away, spurred on by a twisted obsession that can only be satisfied through death…

You can pre-order Eventide at Amazon or from other books sellers through the publisher site.

As for Craig and I, well, we’re working steadily on our own projects and hope to share news of publication at a later date.

See a book you like? Please leave a comment with your thoughts and share about it in your social media. Thanks for reading today, I’ll reply to your comments as soon as I can.