Hello, SEers. It’s Mae Day on Story Empire, and I’d like to lead off with a question: When are you at your most creative? Are you a morning lark or a night owl?

Our internal clock works off the light/dark cycle of Earth, meaning our circadian rhythm operates on a twenty-four period. Some people have a slightly longer cycle (night owls), others shorter (morning larks). As children, most tend to the lark phase, then shift to owls as teenagers. As we age, we gradually transition back to larks, although that pattern is not true of everyone.

Science has attributed certain traits to both owls and larks. 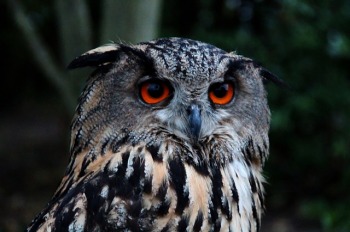 OWLS
Night owls are better at focusing for longer periods on a specific task.
They have a slight edge on intelligence and possess more stamina.
They’re go-getters and impulsive.
By the same token, they are more prone to mood swings, yet are generally more productive.
When it comes to energy levels, owls experience bursts at peak hours.
An owl’s problem-solving ability is best at night. 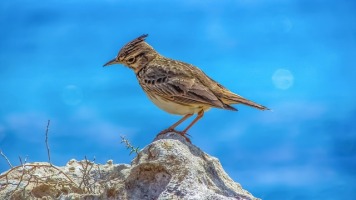 LARKS
Early birds are proactive.
They tend to be perfectionists.
Overall, larks are generally healthier, although they do require more sleep.
They wake at optimum energy level which gradually diminishes as the day wears on.
A lark’s problem-solving ability is best in the morning.

All well and good, but what about creativity? Surprisingly, several studies have shown owls are most creative in the morning and larks most creative at night.

As a lark, I’ve pulled a few late-night sessions when creativity has me vomiting scenes onto the page. I’m not sure how else to describe my night-time writing stints. It could be because the analytical side of my nature­—which is at peak during the morning hours—doesn’t have to pause, analyze, and edit every sentence I write. At night, when creativity rules, I’m less likely to be critical. Which means I’d probably accomplish more if I wrote at night, then edited my work in the morning when my analytical side is sharpest.

Sounds like a happy compromise, right? Except for the third item listed under larks. We need more sleep. <yawn> Fortunately, another study indicates that habit and routine may be the winner hands down. Whatever your sleep/wake cycle, establishing a consistent time to write and sticking to it is great for getting your creativity flowing and keeping it in check.

Finally, let’s not forget those golden ideas that pop into our head in the middle of the night, or suddenly appear while we’re showering. Whether lark or owl, we can all say been there, done that.

So, let’s hear it—do you have a set time to write? Are you a lark or an owl? Is your creativity sharpest in the morning or the night? What do you think of studies indicating problems which require creative thinking (and I consider writing one of them) are best accomplished on the flip side of your optimum time?

Comments are open, so weigh in with your opinions and let’s chat. Ready, set, go!

75 thoughts on “When Are You at Your Most Creative? #writing #creativethinking”