Hello to all the Story Empire readers! Happy Monday and thanks for stopping by the blog today. A few weeks back I wrote about obtaining help from some alpha/beta readers regarding one of my WIPS. Two of these readers were Story Empire’s own Staci Troilo and Craig Boyack who read the first part of a rough draft and provided feedback. But it’s these thoughtful responses and the ridiculous reactions from my family that complimented each other as a “secret sauce” when I needed it.

The book is still in the early stages of development editing but these responses are very helpful so I now know where to address weaknesses in the story. One thing was certainly clear: I need to work on more world-building. This is an issue of which I am well aware since I never really spent the time on it as I pushed the rough draft to its end. But it’s now a major hurdle in the editing which must be addressed.

I was also made aware of a variety of points in the opening that were weak and need development. These problems frequently can be addressed with world-building and a deeper dive into character development. Based on the feedback, I’ve also gotten some good ideas about making the two main characters a better team and inserting some points to emphasize their background. I also have a better idea of what needs to be shown as soon as possible before I let the rest of the world and character details unroll with the story.

The responses underscored that this particular book (and the subsequent series) is an ambitious undertaking. One of the points which Craig highlighted was that a specific couple of characters were similar to those in other books and I need to be careful to insert some originality. The suggestion had me thinking for several days.

Still in a quandary about some of the advice, I brought up a number of the points with my wife and daughter who have also read the much of the book. My daughter is particularly invested in the main character and some of the advice I received provoked a visceral reaction from her. The reactions started a discussion around the table so I decided to take it further. 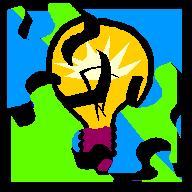 Once the main point was confirmed by my daughter, I threw out a little topic of what I should do with a character that Craig had specifically mentioned. The question was how to change this character into a more original presence. My little audience began brainstorming with me, especially my daughter who is quite the book-worm and represents part of my target audience – college students.

My daughter launched in a a stream of ridiculous suggestions and I just let her go, laughing at how far afield she went. She made a variety of jokes and the group brain-storming ran on for about thirty minutes. Finally, my daughter mentioned one word and I had the essence of the character that was needed. From there, I’ve been able to round out the character who had been quite flat until that point. Now this character will add some spice and mystery to the setting for the two main characters.

The point here is that the alpha/beta readers had suggestions. I threw them out to other invested alpha readers who engaged in some humorous dialog that ended up nailing down the basics for a character that I had not considered as more than an after-thought. The thoughtful (criticism from Staci and Craig) and the ridiculous (the kitchen table reactions) combined to flesh out a side character who can have a definite affect on the setting and plot of the book. Sometimes you need both kinds of input to move progress along.

I have much more to work on but this is one example of how a complex and ambitious undertaking may need a variety of input to distill a well-developed set of characters, plot and setting into a well-developed book. How do you obtain input for your writing? Do you throw crazy ideas against the wall to see what sticks? What other methods do you use with development of your books? Leave your thoughts and answers in the comments and I’ll get back to you as soon as I can.