Last year included several changes for me as a writer which were unusually challenging. A work-force reduction caught me flat-footed and out of the job. Meanwhile, The Bow of Destiny was doing very well, having attracted some contract offers and even gotten me the attention of my agent. However, it became very apparent that one book was not nearly enough to sustain me as a full-time writer. Even after publishing the next two books over the course of 2017, I realized that the amount of content was still not enough for me as a full-time writer.

Source: https://www.digitalcommonwealth.org – no known copyright posted for this artwork.

I made some adjustments to what I was doing and even began building a freelance clientele to help make money as a full-time writer. Then, life changed again and I went back to work on a contract. This change was shocking to my system because I was used to working on writing all day long. However, I suddenly found myself unable write for any length of time that made approached anything close to what I had been doing. I quickly realized I had a logjam that required I make some changes to continue making solid progress as a writer. 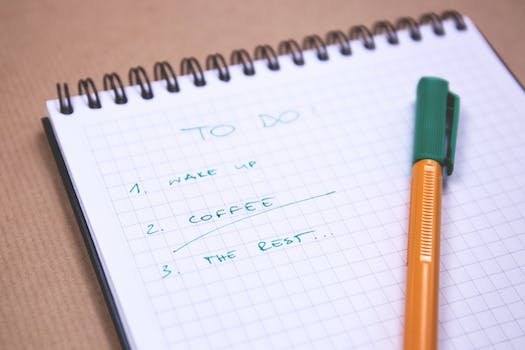 Photo by freestocks.org from Pexels https://www.pexels.com/photo/orange-and-green-pen-on-graphing-notepad-131979/

So, I made some much needed changes to my approach to writing and all it’s related duties. I needed to put into action some differences in what I did to provide myself with better margin for my time so that I could spend it actually working on the books that I want to publish. First, I created a list of priorities for what I wanted to write. However, since I had already begun to build some freelance clientele, I needed to also include that in my planning. As part of my plan, I gave myself permission to temporarily pivot from my main priorities to address freelance requests. This perspective gave me the flexibility to continue to augment my fiction writing using my freelance writing as the need arose. This understanding with myself, has worked well for me.

Additionally, I realized that I needed to make some other adjustments. My daily marketing was taking too much of my time, so I began working on ways to cut down how much time I spent on those duties so that now I only spend about 30 minutes a day on my regular marketing issues.

Changes such as the ones that I’ve just described were necessary because of the growth of my writing career, both in fiction and in freelance. However, I still found that I did not have near as much time work on what I really wanted to do – fiction. My new job can be so demanding that I’m very tired in the evening, so much so that I accomplish far less than I’d like. While I’m not too much of an early riser, I’m working to add a bit more time each morning to progress on my writing projects.

Perhaps the most striking change that I’m making at this time is how I’m approaching even writing. My top words per hour while keyboarding can vary depending on how much I know about what I’m writing in my fiction. Sometimes that can be very steady. while at other times it can be fraught with quite a few pauses. Back during the summer of 2017, I was frequently able to write around 1,500 words an hour. At that peak of writing, I was able to sometimes produce 10 or 11,000 words a day since I was writing full-time. But with my time truncated due to my new job, I found that I was writing far fewer words, sometimes less than 1,000 words a day, which was quite unacceptable to me.

So, I turned to something which many writers have started using, some with greater or lesser degrees of success: dictation. I decided that the only way I was going to be able to turn out the number of words that I need to produce was to transfer my efforts to dictation. The reason is that you can speak words faster than you can keyboard. For instance, a top typist will not get near the number of words that can be dictated to software these days since it is possible to stretch the number of words per hour in some cases to 5,000. Now, I don’t believe that I’m able to do that right out of the gate, especially with the learning-curve of dictation software which includes the use of commands while you’re dictating. This can cause a bit of a disconnect with what you’re thinking about for writing as you pause to get in all of commands necessary such as those for punctuation, pagination, or anything else.

I chose Dragon NaturallySpeaking as my dictation software. There are a number of details which must be considered when purchasing dictation software such as Dragon NaturallySpeaking. I’ve listed a few resources that I have found at the end of this post for anyone who is interested. However, in my research, I found that the best version is premium which can be somewhat costly around $175-$200. Additionally, you may need to purchase a better microphone than what comes in the physical CD package that you purchase directly from a store. Regardless, some sort of a microphone is a necessity, so if you download directly from Dragon NaturallySpeaking (that is, nuance.com) you will certainly need to purchase at least a headset with a microphone or some other microphone. 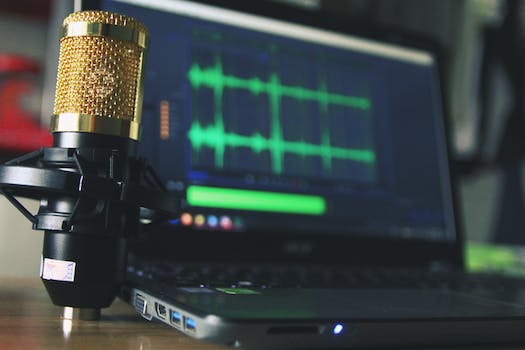 Fortunately, you don’t really need a extremely expensive microphone device to get started and work effectively. Other tools that in which you might want to invest include a digital recording device, or Dictaphone, which you can use away from home or just to get away from the computer. I’ll get into more approaches to dictation in the future posts but for now this is an additional consideration of which you should be aware if you are considering the use of dictation software.

So, that includes what the financial outlay would be, somewhere close to about $300, maybe more, maybe less, depending on what you purchase. That can be a bit pricey based on your budget so you may need to take time to save if you plan such a shift to dictation. However, if you’re like me, I needed to enact some changes rather quickly to help myself sooner to get more out of my spare time than I was doing while keyboarding.

When I first installed Dragon, I went through some tutorials and then I began to test how to use the software and dictate effectively. I was able to determine that just dictating nonfiction, say into a journal, I was able to dictate at a pace of about 3,500 words. That’s a big difference from keyboarding. But, it means that if I spend less time dictating I’m still going to get as many or more words written than I would spending a whole hour typing on my keyboard.

However, when I began trying to dictate fiction there were several problems, the first being simply that dictating fiction requires a bit more mental flow. As I mentioned earlier, you must include other commands as part of your dictation. So, I had to incorporate the commands which was quite a change for me. When you’re typing you don’t think about periods, commas or anything else, you just type those. With dictation, you have to think and speak those punctuation marks. You probably will never get them all correct but that’s okay since you’re doing what amounts to a rough draft by dictating. You’re going to make changes anyway and those mistakes are going to be there regardless of whether you’re typing or dictating.

But my initial effort indicated that I was able to dictate fiction at close to 2000 words per hour which is still much better than what I could type per hour. Since that time, I’ve worked at it a little bit more and I’ve been able to get much closer to 3,000 words per hour, sometimes even more than that pace.

In fact, using a voice recorder during my forty minute round-trip commute time, allowed me to consistently improve on my control of the software as well as how many words I’m able to dictate per day. In that short amount of time, I’ve been able to write more than I could if I were typing for only 40 minutes a day. This eliminated a lot of frustration for me about how much I was able to put into writing each day. I was able to improve my word count day to day and week to week, all while keeping up with a number of other writing-related duties.

The result is that I’m far less frustrated about my time and far more productive with writing as keeping up with my marketing and blogging duties that I have on the side. Even better, I’m no longer working as late at my writing duties so that I can get to bed earlier and begin to write more each morning before I leave for work. If I can regularly carve and hour or two each day, combined with my commute time of about 40 to 45 minutes, I will be able to approach about 10,000 words a day at about a quarter of the typing time 10,000 words in a day used to take me.

I don’t have time in this post today to cover all of what I’ve learned with my dictation experiences, however, it’s enough to know that this post was dictated using Dragon NaturallySpeakinge. I very easily dictated my rough draft and I’m able to move on to editing and completing the rest of the the post in a short time-frame.

Some of the details that I want to cover next time involve the use of a dictation device away from your computer, resources that you can use to help you make the transition, and how it fits into my writing schedule. I should be able to provide some rather helpful hints and tips to improve the dictation process very quickly. While I know that dictation is not for everyone, I do believe that if you are in a position where you have very small chunks of time to write, you certainly want to try to pack as many words into that time as possible. Dictation might just end up being the best answer for you.

So that’s how changes in my life and in my writing have allowed me to progress as a writer and at the same time created a logjam. One of the main ways that I’ve been able to clear that logjam is through dictation with Dragon NaturallySpeaking (and I’m not an affiliate with the software company). What are your opinions about using dictation software? Have you considered using dictation for your writing projects? Are you already using dictation software? Please leave your thoughts and comments below and if you’re interested in using dictation here are some resources that may help you as you work through your considerations.

The Writing Guide to Training Your Dragon by Scott Baker (read this before purchasing  since the early chapters cover buying decisions).

5,000 Words Per Hour: Write Faster, Write Smarter by Chris Fox (a good, general book to increase your words per hour that includes some tips about dictation).

Quick Cheats For Writing With Dragon by Scott Baker

Look for more dictation resources in my upcoming posts about this topic.

21 thoughts on “Clearing a Logjam”