Hello, SEers, and Happy Hump Day! Mae here, inviting you to pull up a chair and sit a spell.

A recent post I did on Story Empire generated great discussion about entering book giveaways and/or downloading free ebooks. Many agreed the only time they did either was when they were truly interested in reading the book. An offshoot of that discussion led to a few comments about reviews—the dreaded “R” word. 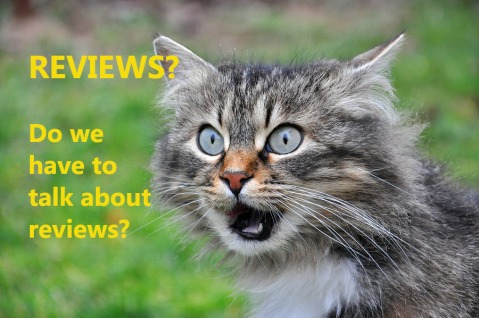 I know this subject has been debated high and low, and discussed ad infinitum. But one of the comments on my original post made me consider reviews in a new light. As authors, we naturally hope for the best when it comes to star ratings. Inevitably, sooner or later, we’re bound to collect a few on the lower rung of the ladder. I’ve had my share. It’s part of being an author. Even big guns like Stephen King, J.K. Rowling and—my personal favorites—Douglas Preston and Lincoln Child are not immune. The truth is you can’t please everyone. And, well . . . sometimes a book could stand with improving.

As writers, most of us are nowhere near the level of success the big guns enjoy, so we tend to be less cavalier when it comes to one star reviews. But what about when that less-than-desirable review could push your numbers into a realm Amazon favors?

As a reader, I’ve made it a practice not to review books unless I can provide at least three stars. But as noted by a comment on my last post, Amazon uses how many reviews a book has to determine which books to boost. Suddenly a one or two star review attached to our Herculean writing efforts could make the difference between 48 reviews and the magical 50. Hit 50 and Amazon notices you.

As with most things, we have good and bad. A poorly written book could be pushed higher simply because so many people take the time to share what they don’t like. By the same token, a well-written book could languish when not enough readers review it.

There have been multiple times when I’ve read a one or two star book that had potential, and was tempted to leave a review explaining what didn’t work and how it could be improved. Sadly, I’ve seen reviewers attacked in the comments on Amazon for leaving low ratings. And I’m not referring to ridiculous reviews like “Don’t waste your time” “Useless” or “Product never arrived” (an actual review given to one of my favorite novels of all time. Seriously, how does that earn the author a one star review?). I’m referring to legitimate reviews where the reviewer expressed what they didn’t like, only to be attacked in the comments for sharing their thoughts. That’s made me gun shy. I also don’t like pointing out negatives—whether it be grammar, plot development, character building, editing, etc. 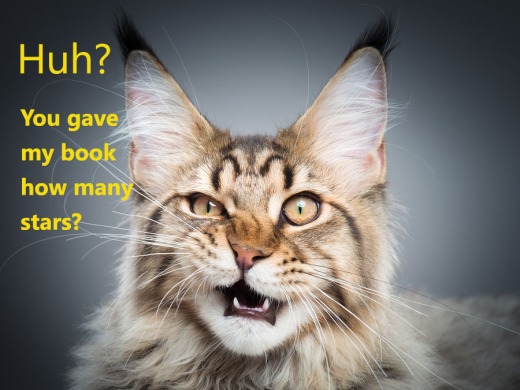 On the flip side, if someone tags one of my books with a one or two star review, and that review pushes the title to a new plateau on Amazon, is the result truly that dreadful? Admittedly, if my first books out the door had netted low reviews, I would have been devastated. I’m not sure I could have recovered. Now, I chalk the few that do turn up (and yes, thankfully, they are few) as part of the course for being an author. My later releases have garnered more attention which creates more opportunity for someone to find something they didn’t like. Still, I’d rather have the higher numbers, even with a few not-so-sterling reviews tossed into the mix.

What do you think? As a writer, how do you feel about earning a low review? If a low review would push your ranking with Amazon higher, would you be okay with it, even if the review wasn’t constructive? As a reader, do you leave one and/or two star reviews, or shy away from what is perceived as a negative?

Let’s get some discussion going. The topic may be an old one, but I’m all for hearing opinions. After all, a writer’s life is “in the stars.” How do those glittery accolades measure up on your end?