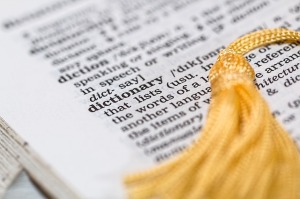 Hi, SE readers. Joan here. I thought we’d do something fun today and talk about words.

Over the years, our use of language has evolved. Thank goodness we no longer use seventeenth century English with words like thee, thou,  or shouldst. These days we’re much more casual in our conversations. For instance, how often do you order a vegetable burger? You order a veggie burger.

I never used the entire term, but I still stay Supreme Court, President, and First Lady. Evidently, some people are too casual (or perhaps too lazy) to use these terms. It takes just as much effort to use the acronyms as it does to say the word.

Merriam-Webster recently added over 1,000 new words to their dictionary. A few of these are:

Technology plays a big part in the growth of language or added definitions of words. My 1982 Funk & Wagnall’s has the word “web” but nowhere in the definition does it refer to the world-wide web.  Incidentally, Internet isn’t listed in this edition, although I recently learned the word was coined in 1974. Where we once used software programs, (still do) with the onset of new devices such as smartphones (something that wasn’t heard of a few years ago), we use apps.

Computers and technology have given us words such as net neutrality, abandonware, and botnet. Devices enable us to binge-watch movies and videos and photobomb someone as they snap a photo with their phone.

Teenagers have always had a language of their own. Some of the words or phrases popular over the years are groovy, right on, dig it, far out, and cool. Even those have changed. My teenage nephew tells me “epic” is what teens use today to describe something spectacular.

What happened to the phrase, “You’re welcome?” Often when I’m in a restaurant and thank the server for refilling my drink, they will reply, “No problem.”

And then there are words which we don’t often use anymore. Some are considered archaic. A few are:

In these days of instant access, hot topics are known to be “trending.” According to Webster’s, there are also trending words. The most popular ones on March 26 were:

As you can see, language is ever-changing and ever-evolving. It’s impossible to keep up with all the new words. I don’t know about you, but I’m thankful for modern technology and the dictionary app on my smartphone.